In my 60@60 challenge, one of my categories was new proteins. I decided to buy some wheat berries at Wegmans. In the bulk food aisle. They are high in protein and fiber. And, they are chewy.

I searched around on the internet to find a recipe. Then, never really followed it. I pretty much winged it based on my interpretation of risotto. I did remember to toast them, after they had been soaked overnight. 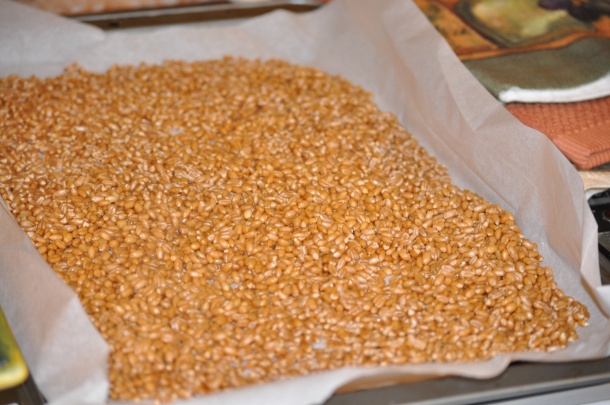 Into the oven they went, and since there was more than a cup, the rest went into the refrigerator, destined to become a salad later this weekend.

For the risotto, I started with scallions and mushrooms in olive oil. Added the wheat berries to the pan. After they got all happy with the olive oil and veggies, added a cup of white wine. There were also six cups of low sodium chicken broth on the stove to use in this recipe. 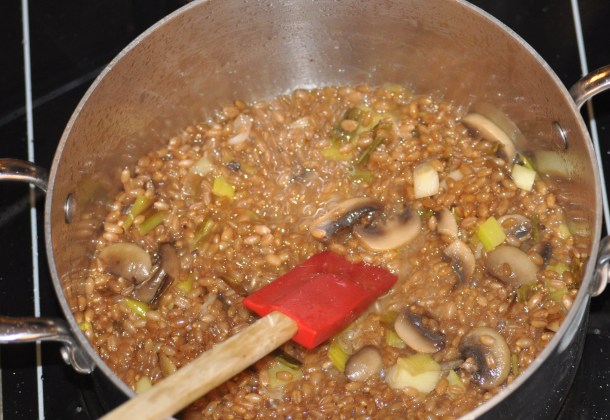 It took 45 minutes of adding broth and stirring occasionally to get to the final product. At the end, I grated a little pecorino into it. All finished it looked like this, with salmon and roasted veggies. Brussels sprouts and romanesco bought from Zahradka at the farmers event last Sunday. 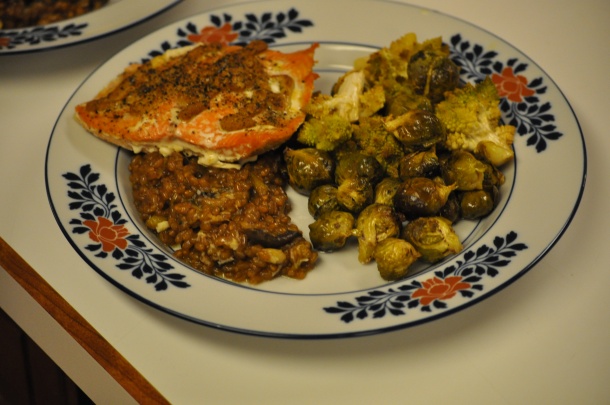 Did I mention they are chewy? Not what you expect from risotto, but really tasty. A meal this hearty required a big white wine, or a light red. We chose to go with a big white. Linden 2009 Hardscrabble Vineyard Chardonnay. A huge white wine. Almost as “chewy” as the wheat berry risotto. 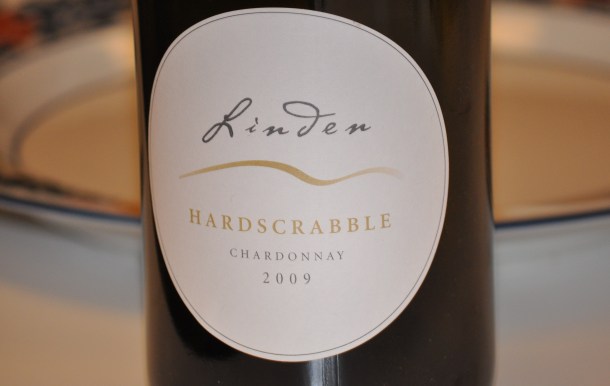 Cross another item off my list for becoming sixty years old. This meal was a definite winner. Oh, by the way, the Linden can last a decade. It is that big of a white wine.