Not Your Mama’s Catfish

These were some kind of catfish.

Carolina Classics Catfish. Delivered in this week’s Friends and Farms basket. Two lovely 10 ounce filets. Perfect for pan frying and serving with those grits also in the basket. Red grits, as a matter of fact. I loosely followed the recipe for the grits on the highlighted web site, but did a little substitution.

As for the basket this week, it was clearly a Southern thing.

Sweet potatoes. Turnip greens. Catfish. Grits. What can I say?

Some of the usual stuff was in the basket. The dozen eggs. The bread. Apples.

Along With some green peppers. An eye of round roast. Carrots. Spinach. Frozen squash and corn. I have been loving the corn in soups and with black beans for a savory dish. 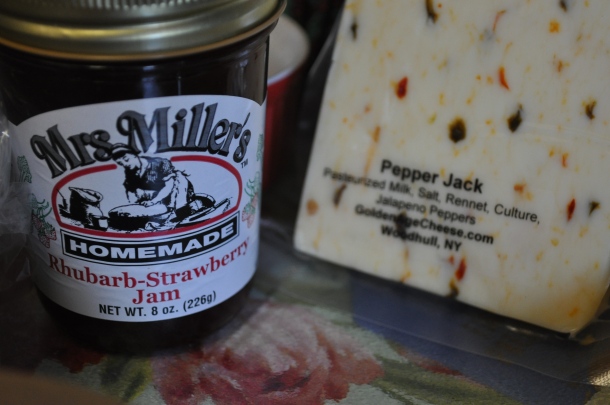 Oh, and a killer pepper jack cheese. An “in your face” cheese. Also pictured was a special sitting in their office. Rhubarb strawberry jam. We bought a jar, to have on toast.

As for tonight’s dinner. It consisted of catfish and grits.

The catfish. Pan fried in grapeseed oil. With a dusting of paprika, garlic powder, pepper and oregano. No, I didn’t measure it. I was heavy on the garlic and the paprika. A sweet paprika.

The grits. A slight modification of the recipe on the Plated website linked above. I did use the 1/2 cup of grits, and the two cup liquid mix. I used a couple of ounces of tomato paste and some chicken base in the mix, as called for. I used the spinach from the basket.

I did not have smoked paprika so used sweet paprika with two drops of liquid smoke.

You have to try this red grits recipe if you can get your hands on good grits. This was one awesome grits dish.

My suggestion, though, is to increase the salt and pepper a bit. They were just a touch too bland.

As for the catfish, use equal amounts (1 tbsp. each) of sweet paprika and of garlic powder. Use a very healthy pinch of pepper. A touch of oregano. I sort of played around with the recipe on the Plated site, but knew I wanted pepper to be more assertive. And much more garlic.

This was good stuff. We will be ordering these catfish from the Friends and Farms website, as we really were impressed with how great they are.