RSS Feed
← A Visit to an Amish Farm
Taking It Outdoors →

A Trip Down Memory Lane … On White Bread

Yes, I know white bread is highly processed. Tell that to my mom who fed us Hauswald’s bread every day. Toast. PB&Js and those lovely tomato sandwiches aka “mater sammiches” (when you were four years old).

When in Royal Farms the other day to get ice for the trip to the Amish farm and money from the ATM, I saw that loaf of Hauswald’s and also thought of a blog post somewhere about simple tomato sandwiches, like we ate as children. 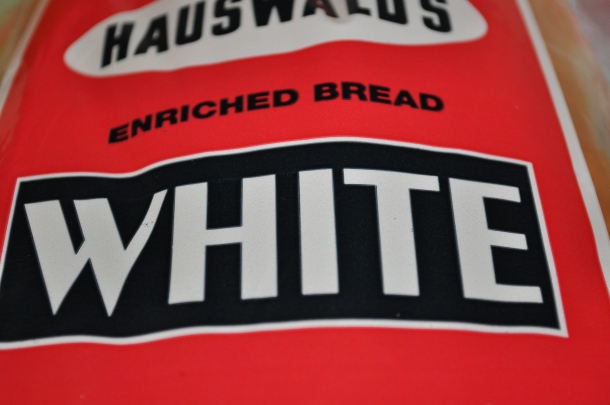 Hauswald’s was a staple in our house growing up. 75% of my heritage is German. We lived in a mostly German American community in west Baltimore. And, tomatoes? We loved tomatoes all summer. In everything we could make.

Heck, yesterday for breakfast I made toast and spread this on it.

Another local company, based in Frederick, with all sorts of old recipes recreated. Do you like pickled beets? Apple butter? All memories of my growing up.

As for the Buy Local Challenge, today, like most days included large amounts of locally sourced items. Like the milk for my husband’s cereal.

And, the wine at dinner tonight.

The new winery outside of Frederick. They only sell whites at the moment. Reds will be coming soon, and the winery will open next year. We bought this bottle in Frederick last week. Grape growers are farmers, too!

We had local foods at breakfast, lunch and dinner today. I didn’t cook much either. Simple local foods, as I said, it isn’t hard to support local farms.

Today we ate:
Milk, at breakfast.
Tomatoes, yogurt, beets, cucumbers and greens at lunch. The cucumber became that dill pickle in my crock.

Sheep’s milk cheese on the flatbread at dinner. The sheep’s milk cheese was from Breezy Willow. Pesto from CSA veggies (carrot tops, radish greens, arugula and scallion tops). The last container from the freezer from last year.

The rest of dinner was chicken/feta/spinach sausage bought at The Common Market in Frederick, which was baked on top of CSA onions, peppers and pattypan squash. They were drizzled with olive oil, and had nothing but salt and pepper on them.

Eating locally is easy around here.

Retired, I am following my dream of living in quiet west Howard County, a rural oasis, not far from the urban chaos, but just far enough. I love to cook, bake, garden, and travel. I volunteer at Howard County Conservancy. I lead nature hikes, manage programs and show children all the wonders of nature, and the agricultural connection to their food.
View all posts by AnnieRie »
← A Visit to an Amish Farm
Taking It Outdoors →