At the market last weekend, I saw at Mock’s Greenhouse the heirloom varieties that they grow year round in their greenhouses. They were selling for $6 a box. Head into Root’s and see heirlooms from the Eastern Shore at Hummingbird, $5 a pound. The prices will drop in the summer, yes, but not that much.

You can find heirlooms at all our farmer’s markets but again, you pay a premium to buy tomatoes that taste like tomatoes. They will be more reasonable than at the store, but still higher than beefsteak or early girl or any of the hybrid tomatoes grown around here.

So, to get the most bang for your buck, growing them yourself is definitely the way to go. I did my first heirloom plantings in 2007, and didn’t do well but got some green zebras and Brandywines to grow.

In 2009, I bought a few more varieties and tried them out in the garden. The typical Brandywine and Rutger’s, plus a Mr. Stripey and Green Zebra again. Entered the fair for the first time and learned a bit on the need to plant more exotic varieties, like the pineapple that won that year. 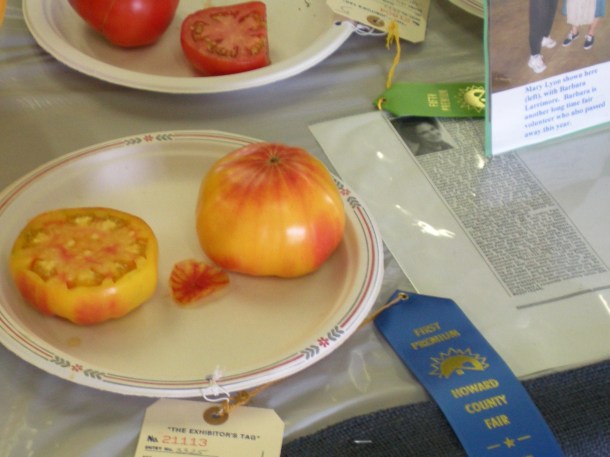 It was 2010 that I got serious about planting them, and started Purple Calabash from seed. I bought the seeds at Monticello. With those tomatoes, I was hooked big time. I even got my first ribbon at the county fair for them. OK, so it was fourth place, but it was a ribbon.

In the garden that year, I also had the Brandywine and Rutger’s as they produced lots of tomatoes through the fall. These are long producting, indeterminate plants, meaning they will continue to produce for weeks, even months, when the weather cooperates. I took the last ones off the vines in October, still green, and put them away, wrapped in newspaper, in the laundry room, where it was warm. I was still eating fresh tomatoes from my garden at Thanksgiving that year. The pic below shows some of my calabash and one of my Rutger’s from September of that year. 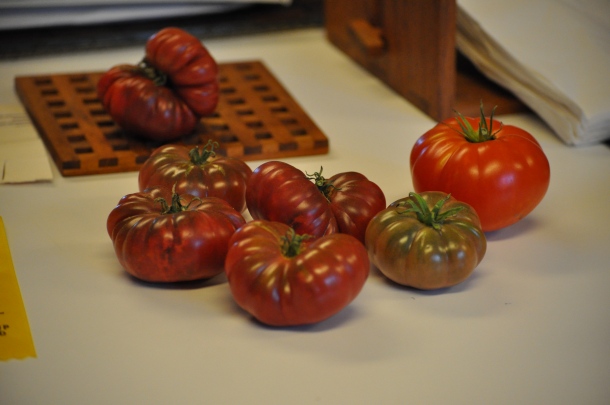 In 2011, I tried a few from seeds again. Mortgage Lifter and Big Rainbow. I wanted to try and enter the largest tomato category in the fair, and also hoped my Big Rainbow would get me another ribbon. The rain in July and August really hurt me, in terms of taste. What was really interesting in what I bought and planted was the single yellow pear tomato plant, that turned into the godzilla of my garden.

That single yellow pear plant produced dozens of tomatoes every day for months. I was taking 40-50 tomatoes a day at its peak. I was oven drying them to make chutneys and spreads. I flash froze a few bags to see how they would do. They were great in vinaigrettes and sauces. If you have nothing but a balcony, get thee to a nursery and find a yellow pear tomato plant to put in a pot. You will not be disappointed as long as you remember to water it if it is hot and dry this summer.

Because of all the renovations at the house this summer, I can’t find any pics of the yellow pears. I was giving them away to the workmen on site all during August and September, I had so many red cherry tomatoes and yellow pears. I did find this pic from 2009 that showed a day’s haul from two cherry tomato plants. This is a typical amount harvested.

As for the fair in 2011, I didn’t do well. The big rainbows ended up not really producing until September, too late for the fair. The early mortgage lifters weren’t big enough to put in the largest tomato category, and they were too watery to win in the heirloom category. Lesson learned. Mother Nature can take you down in a heartbeat.

Here is my biggest big rainbow. At 1 1/2 pounds, it was a pound too light to have won. 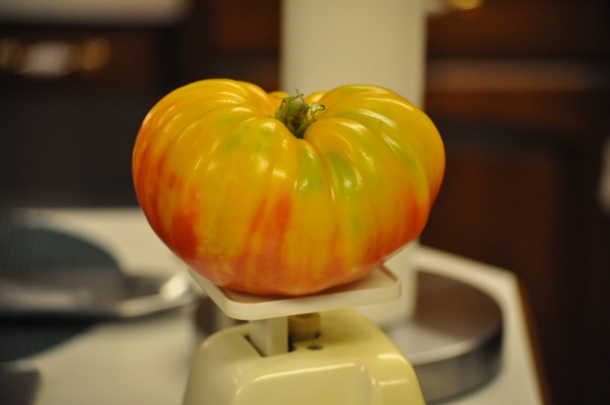 My mortgage lifter at the fair. Looked good. Tasted, eh, too watery. The later harvested tomatoes that grew in late September and early October had much better acid and taste.

This is the heirloom that won. See, you can look ugly as an heirloom, taste great and win. Another lesson learned. Don’t worry about stink bug marks. Grow a tasty tomato.

I still have the heirloom tomato growing addiction. I will be over at Sharp’s Farm this April looking for exotic varieties to bring home and plant. I couldn’t really do things from seed this year, with the surgery, so am opting to buy seedlings from Denise. Head over to the farm if you want to grow your own, or pick up a few plants at the Howard County Farmer’s Markets in May. May is the time to put them in the ground, or on your deck, in this part of the country. 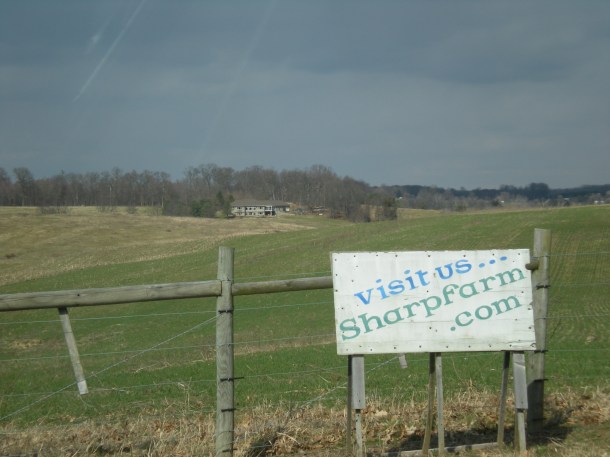 To me, nothing says summer like my first gazpacho, made with my tomatoes, cucumbers and peppers. And, if you don’t have the space to grow your own, there is always Larriland to pick them yourself. 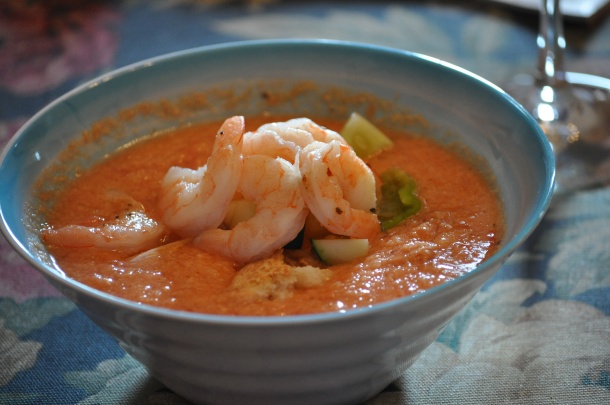