Been a while since I posted. Things get in the way of sitting down to write. 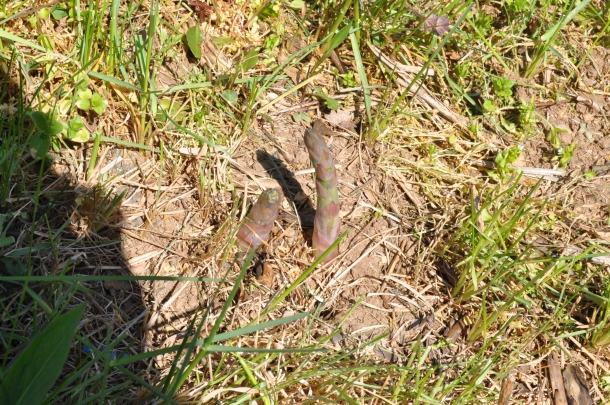 I finally did get my garden planted. My full plot in the community garden. Where I am now a co-manager, which has taken up quite a bit of my personal time. I did post once about the asparagus. The 24 foot by 3 foot section that produces copious amounts of asparagus. Last year 360, yes, 30 dozen spears of asparagus. This year, I am already at 200 spears and June isn’t here yet. Let’s just say we eat more than our fair share of asparagus in many ways. Salads. Frittatas. Pasta. Grilled. Baked. Steamed. Whatever. It is interesting to me to watch an invasive, more or less, take over larger areas along that row of the garden. It propagates underground and there is no rhyme or reason as to where it will emerge.

I have been selectively ripping grass out of that area and trying to tame the rest of the stuff surrounding the largest, most prolific plants.

This has been a strange spring. We tilled later than usual. And, planted much later than I normally do. 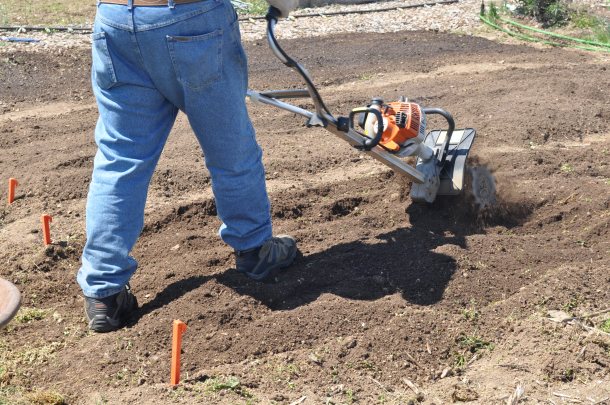 I moved my tomatoes, zucchini, cucumbers, and onions. Rotation in the soil is one very important aspect in gardening. This year, my latest addition, okra. Why? I have no idea, but we like to grill it, and I put in four plants. There are also tromboncino. Let’s see how they do this year. 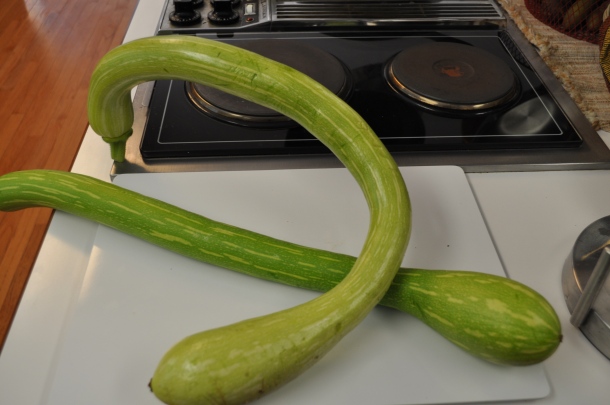 I mean, they have done well in the past. I like them for baking and for fritters. They do not have many seeds in the neck, and they are definitely less moisture laden. They are a challenge to keep in line in the garden, but I have them in cages.

So, here it is, the 28th of May and I finally have all three rows finished. A small bed of arugula. Onions. Three kinds of cucumbers. Zucchini. A dozen different varieties of tomatoes. The okra. Whoops, no peppers. I suppose I should put in at least one type of pepper. One more trip to the farmer’s market to pick up a plant, or two.

Crossing my fingers for a good season this year. Please make the rain stop for a while. The weeds are starting to win again.

Just add heat and humidity, along with all the pollen. This week is a scorcher. Out of nowhere we went from cool and rainy to hot and humid. I have been planting vegetables like crazy in my garden, and trying to keep up with the watering to help them acclimate.

Just a few really interesting views on what is happening. 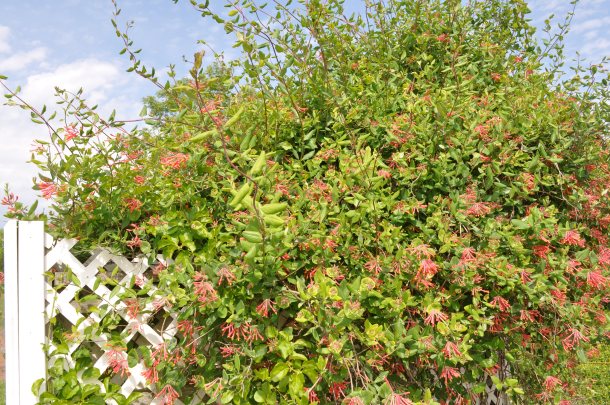 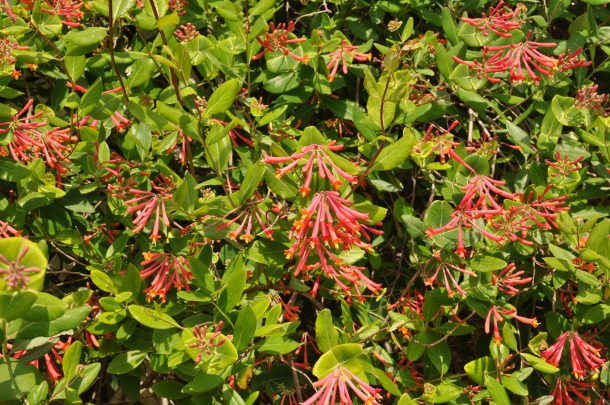 It attracts hummingbirds and butterflies. Supposedly a rare native butterfly, whose name escapes me at the moment. This beautiful plant is in the children’s garden at the Howard County Conservancy community gardens. I am attempting to maintain and catalog what is there. 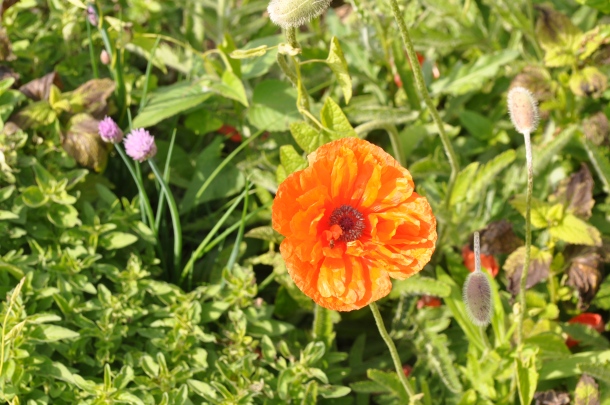 Poppy family, maybe? I am learning more about flowers these days, while still maintaining my vegetable plot.

On the home front, the warm weather triggered the rhododendron. 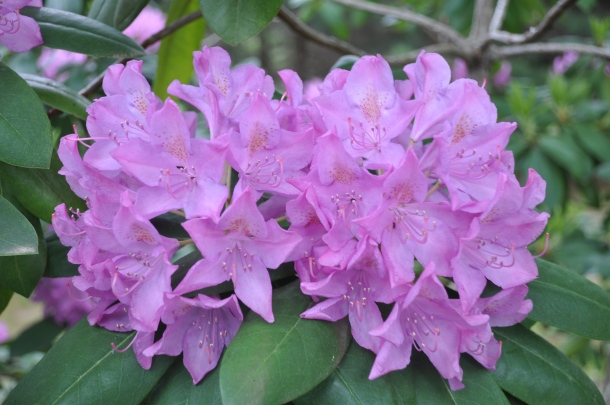 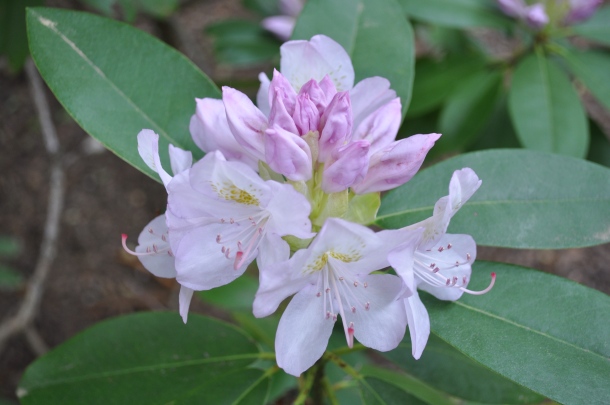 There are two bushes in our yard. One, my favorite, the white one, doesn’t always display a large number of blooms. This year, yes, it has.

Anything new and exciting in your gardens this year?

It is ramp season. Hit the farmer’s market in Silver Spring and find at least three farms from West Virginia selling them. Vastly different prices, too. So, shop carefully. 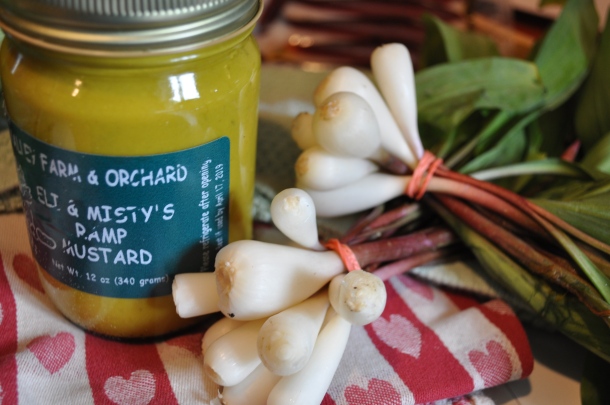 We hit the market early Saturday morning and scored a couple bunches along with an excellent ramp mustard from Spring Valley Farm and Orchard. I buy many items from them when I make my infrequent pilgrimages to the year round Saturday market there. 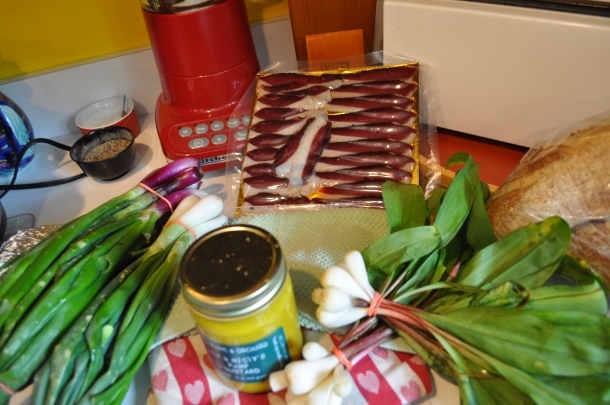 Some other goodies. Smoked duck breast from the Urban Butcher. And, absolutely awesome scallions, red and white, also from Spring Valley.

Forgot to get morels. The other early spring delicacy, but never fear. Jenny’s Market is open right down the road from us, and she had a cooler full of morels. Perfect to make a ramp and morel scrambled egg dish. 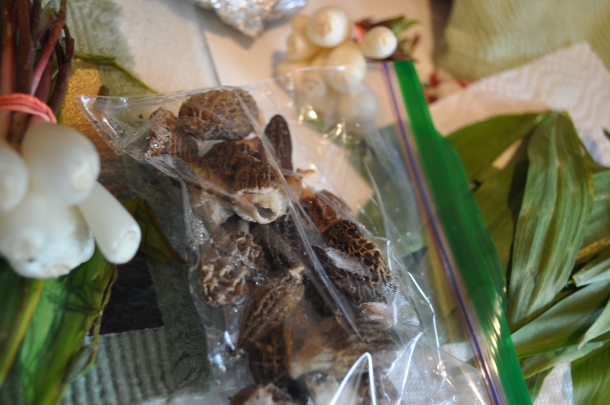 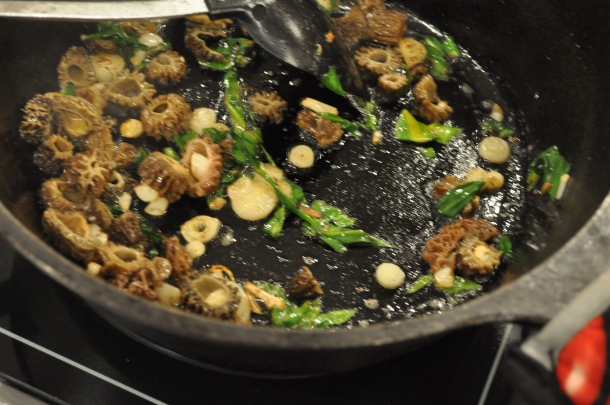 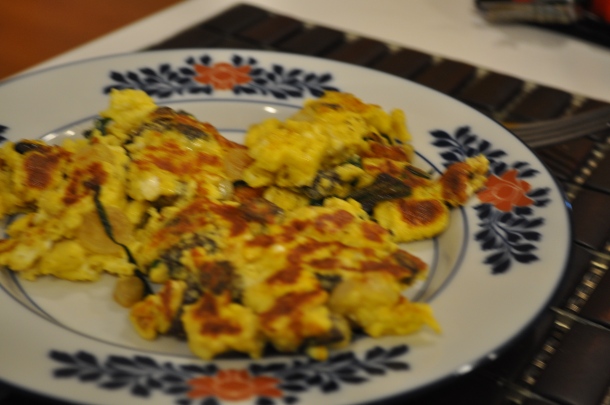 The picture of the eggs isn’t so great, but they were incredibly good. Served with a petit filet covered with creamed baby spinach, also bought in Silver Spring. 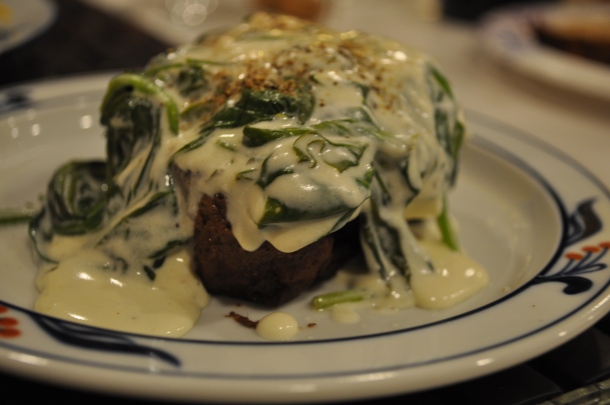 Decadent, isn’t it? First course, the eggs. Second, the steak. Served with bread and a nice cabernet.

Beats fighting the crowds on a Saturday night out. 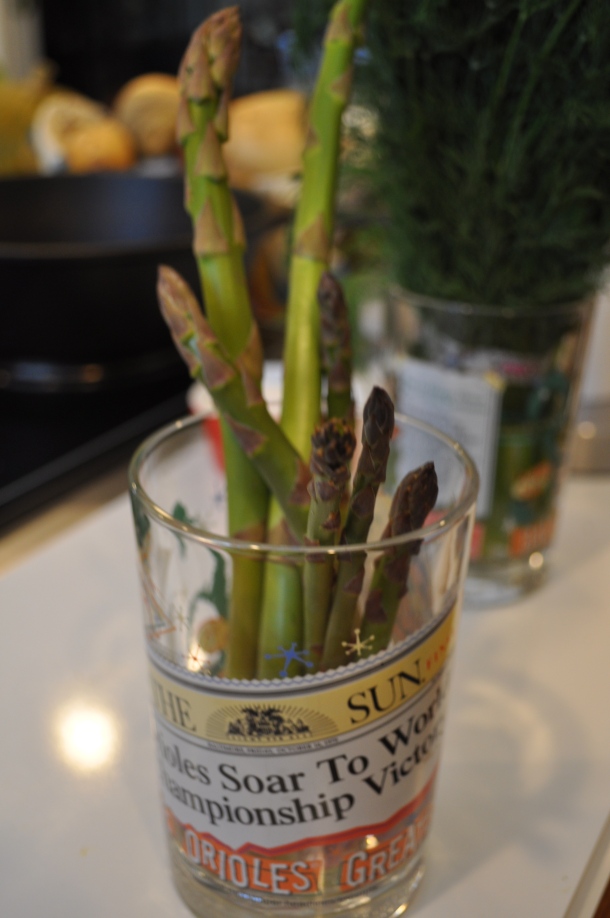 My first asparagus. Over a month ago. Today, the count stands at 91 spears. Last year, my total haul was 360. This year I am on track to exceed that.

As for new markets, Clarksville Commons is going to have a Thursday night market. Their soft opening of the Commons is later in May but the farmers market opens a few weeks earlier. Can’t wait to see who moved into this prime spot.

You Pizza, created by Gino Palma, of Facci fame, is opening this month also.

And, for me, the biggest deal of markets, Jenny’s, right up the road, opens Saturday.

Finally, my favorite art show, The Art of Stewarship, has their opening on Sunday night, at the Howard County Conservancy. There are over 130 pieces entered. All on 10″ by 10″ squares. Anonymous. A bargain for great art. Like this one. 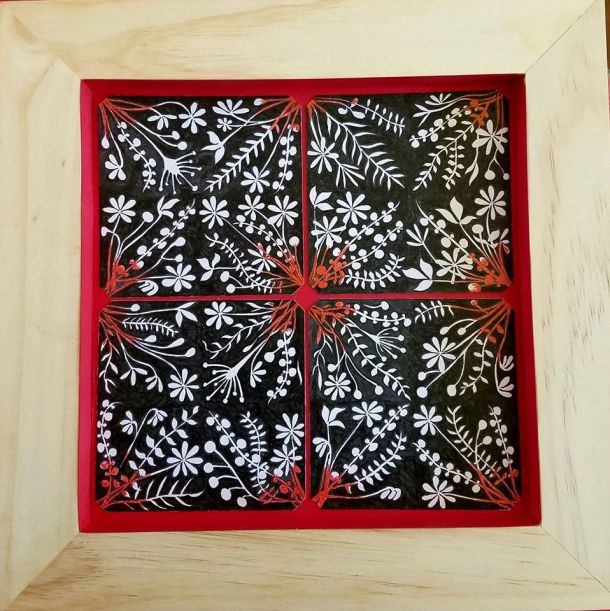 They are unique. Including art from Howard County school students. One price. A rush to get your sticker on what you want. A fun and different approach to owning fine art at an affordable price.

I’ll be there for the preview wine and cheese party, as bartender. Checking out the great art.