Catfish, Before and After

Who out there deliberately buys catfish at the grocery store? We never did. Only since we get food from Friends and Farms have we been lucky enough to expand our tastes, and try new things for dinner.

It doesn’t get much fresher. And, not that hard to make. Dinner tonight featured the catfish. It dominated the plate, but we didn’t want to waste that fresh clean fish by freezing it and cooking later. Picked up at 3 pm.

Ready to bake not that long after. A simple yet really flavorful preparation. A little olive oil in the pan. White wine. Lay the fish on top and sprinkle liberally with bread crumbs. Some paprika, thyme, salt and pepper. A final drizzle of Secolari’s lemon olive oil. Baked for 20 minutes at 300 degrees.

Served with some of the best tasting fingerling potatoes from today’s Lancaster Farm Fresh CSA delivery. Salad on the side. Two pans. Less than 1/2 hour to make.

I never would have become a soup maker. My other big thing today. Making a pot of mushroom soup. Which will be blended tonight, and served for dinner tomorrow. 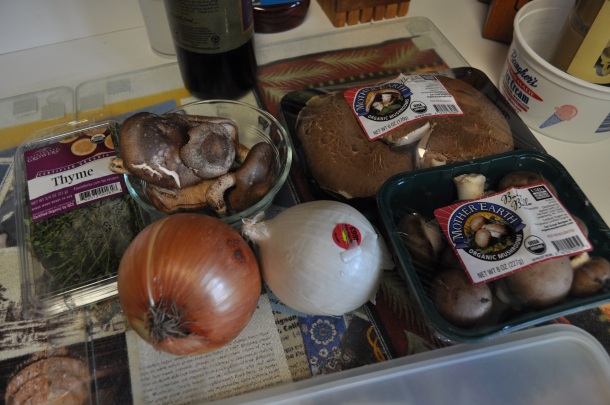 Cremini mushrooms. Shiitake mushrooms. Portabella mushrooms. Saved for a week to make the soup. Mushrooms are in season. And, so flavorful.

As for the rest of the two baskets.

My omnivore basket from Lancaster Farm Fresh. New to me this week. Sunflower butter. 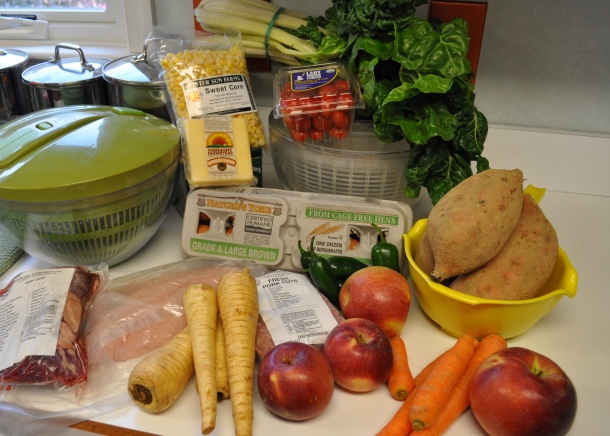 My Friends and Farms small basket. Notice those parsnips. Yep, both baskets had parsnips. Another vegetable I never bought in a store. But, one which I really love.