Springtime. The drowning in the greens. Not a bad thing. One of those pleasures that we anticipate in the dead of winter. 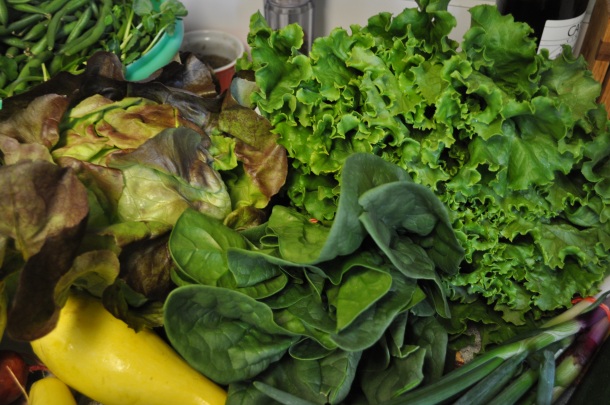 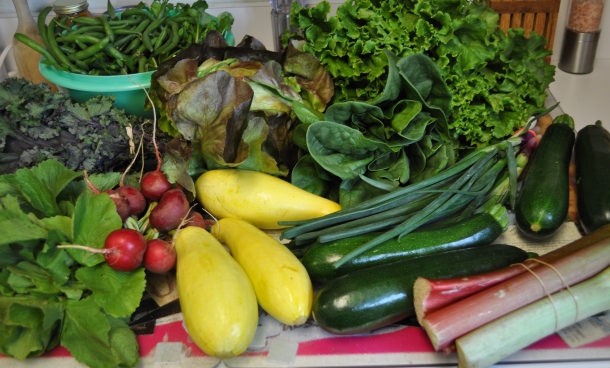 A large share. Formerly known as a full share. I forgot how large they can be. Still, as people who put many vegetables on our lunch and dinner plates, this is a good haul. 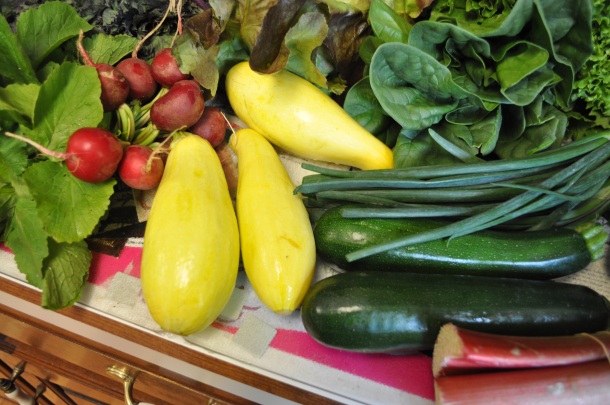 Zucchini and yellow squash are NOT in season in Lancaster County. It seems our CSA has decided that the consumer who wants more produce earlier than normal in the midAtlantic will be driving their selections.

We seem to have expanded into a few more Southern states. The purists may not be happy, but we are getting incredibly fresh organic food at less than retail cost, so I can forgive them for using other farms. Last year, we had a delayed opening because the crops were far behind here. The extreme cold winter hurt them.

This year, they opted to bring in vegetables from further south. That allowed them to open on time. We know this was another brutal winter. When it comes to decisions. Do they branch out and keep customers, or remain pure to the “local” tag and lose customers due to decreased yields and subpar product. I can understand them.

I have to admit. Those squash? Awesome.

Not bad for a Tuesday.

As for those other greens. They will be enjoyed.

And that rhubarb. Begging to become a crisp tomorrow.